A downloadable game for Windows

DIEmension is a twin-stick shooter in which you can't shoot on your own. The only way to stand against your enemies is to catch their bullets and send them further, in a direction that you choose!

So try your aiming skills in this shooting game...

...but first you must catch your bullets!

A game prototype created for 2018 #GMTKjam.

Download and run .exe file. Use LEFT ANALOG STICK or W/S to navigate in menus.

Have fun and good luck!

When the first wave started, I got this error:

Sorry for the trouble. DirectX is the most probable cause of this, so try to update it and see if the problem remains :)

To start off, i think this game has some real potential, but it definitely needs some work done. I'll start off with the concept, i think it's really interesting and i really don't think i need to say anymore about it.

The controls are... uh, i'll use this picture to help me explain it better, so i think it should just let you press a button to switch the shield for the gun and the same the other way around (i'll be using the "A" button as a example even though it's not a very good button to map it to in this situation), This will make the control over the shield/gun feel a lot more fluid IMO.

Now onto the smooth aiming, when you aim the gun it won't immediately aim in that direction, it instead has a tinsy little itty bitty bit of a delay, even that one second delay could make you miss shots when you were already aiming at the enemies, but your gun is still lagging behind a little, this wouldn't be as bad if you didn't use energy for each shot fired, i think a instant response would be better, ESPECIALLY since this is a bit of a fast paced game (like most other twin stick shooters i've played).

Now onto my final bit of critique, in the later waves your shield will be shot more, meaning you will shoot a lot of bullets, MEANING you are using A LOT of energy while shooting very few enemies because you have not gotten your bearings yet, i think there should be some kind of dodge or sprint button (i'll again be using the "A" button as a example, but only as a example, it would be a nightmare to try and press that button while aiming) like pressing the "A" button will retract your gun and shield while boosting your speed a little, but of course, this should be on some kind of timer, like being able to sprint for 3 or 4 seconds or maybe it just consumes energy, Your choice.

Welp, i hope my critiques were informative, i would love to see how this game develops. Best of luck! 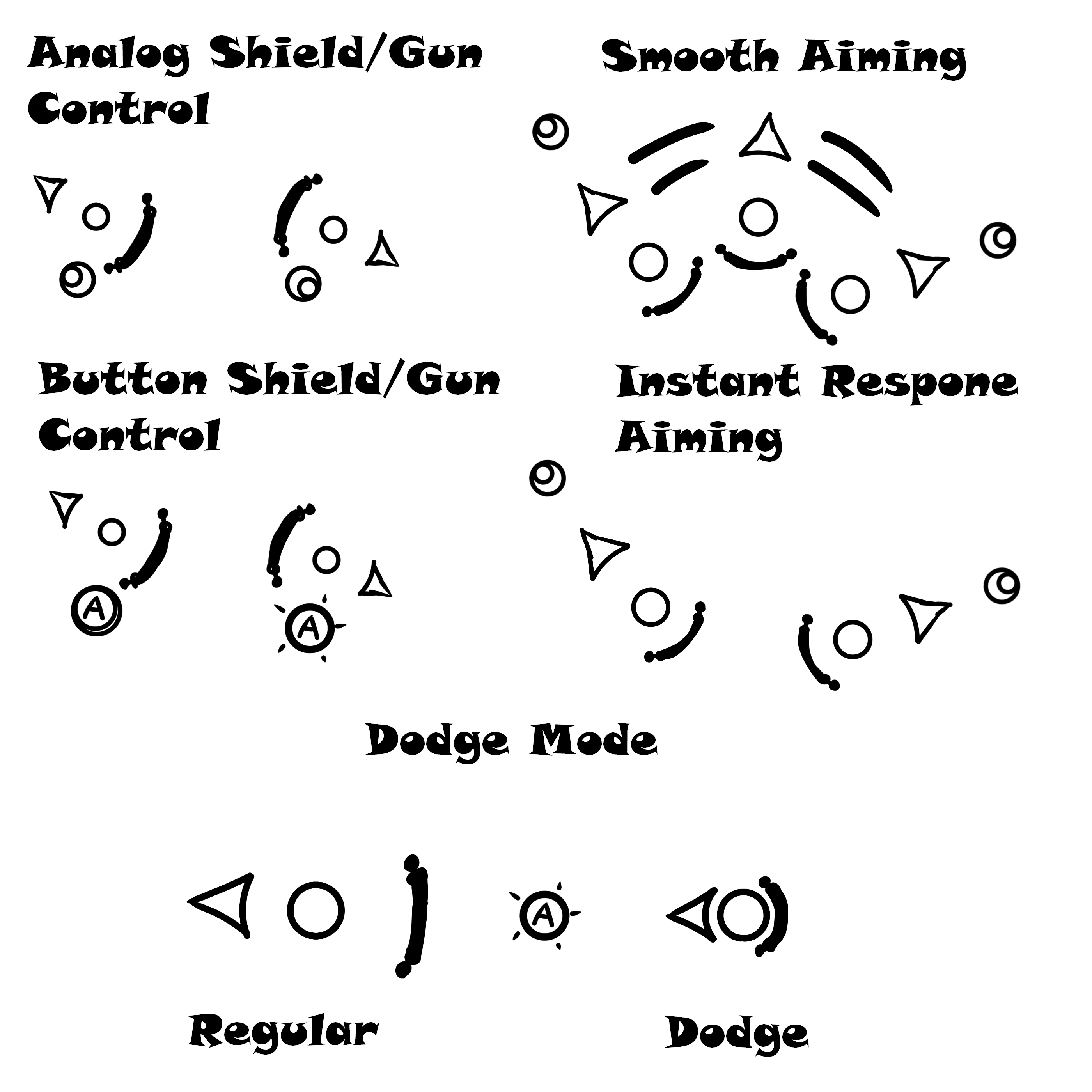 Hey, thank you for your feedback and ideas! Such information is really valuable and we appreciate it a lot, especially your note about the problem in the later waves (we were not aware of this complication) :) Also, your idea of giving the player an additional defence or balancing mechanic is great, we'll think about how to fit it into the game. Cheers! :)

I'm glad i was informative! :D

I really love the idea but something just feels a little off about it. Maybe the energy system and maybe the aim. It was definitely weird learning how to play, but it felt okay after a few tries. Mostly that I couldn't hit a damn thing, so that might just be on me...

Thank you for your extensive feedback! We totally agree that the project needs some amount of tweaking and balancing, but we are glad that you enjoyed the idea behind it :) 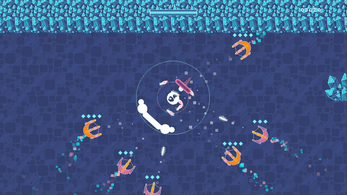 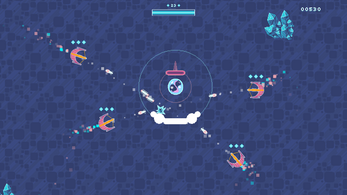